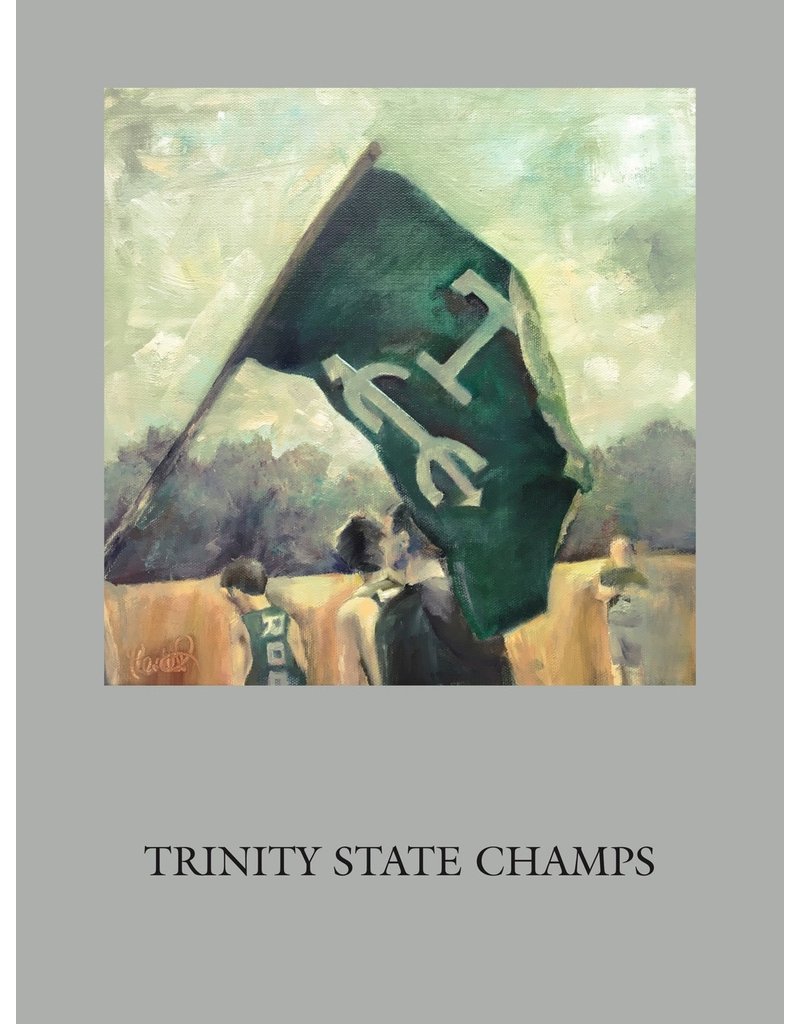 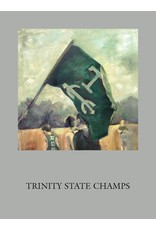 100% of Proceeds go to Financial aid.

The painting depicts Coach Holzknecht and two runners around the cross country meet flag that the team carries to every race since the 1980s. But the scene is timeless. It could be any coach and any runners representing any of the teams who have represented Trinity High School in cross country.  This year (2019) represents the 20th state championship earned by the team since its inception.  That flag has the years listed on the flag pole for each year a state championship has been won. This painting celebrates the most recent and all the state championships this team has won.

This painting will be auctioned off at Celebration 2020 to raise funds for Trinity scholarships. The proceeds from the sale of every poster will also be donated to the Celebration Fund thanks to the generous donation of another cross country alumni parent, Todd Warren. Todd’s son, Trevor, currently runs for the University of Kentucky but his legacy is celebrated by the team every time they run the “Warren” workout.